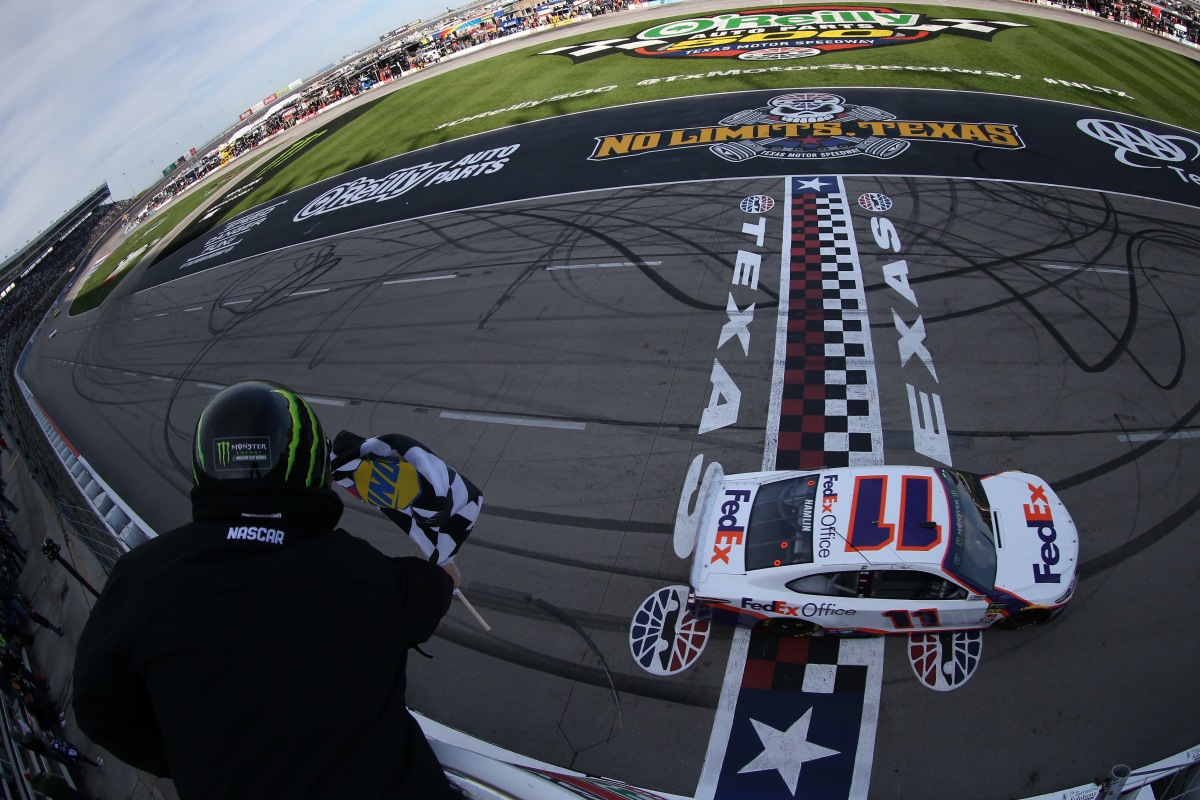 It’s fitting that it’s pissing rain here in Knoxville, Tenn. as I write this. Just when I thought I understood how to dispense criticism, like I thought I did in my original piece, a storm cloud arrives to rain on my parade.

In that piece, however, I was under the impression that it was NASCAR preventing me from getting credentials to cover their events. But I learned a month ago that that’s not something NASCAR does. It’s the tracks that do that. By the time I learned that, I also learned that I was handed my pink slip.

Recently, I was fired from my job as a motorsports writer for SpeedwayMedia.com. The reason cited was the complaints made by track operators about my conduct on Twitter. Specifically, they took umbrage with my many negative tweets about them.

As a result, it’s been next to impossible for me to get credentials to cover NASCAR events anymore.

Putting that aside, however, there’s a bigger problem that I thought I had solved; how to properly give criticism. In reality, I didn’t understand it as well as I thought (if at all).

Whether it was my way too many tweets to count where I outright said some tracks put on awful races, that they don’t need more than one race weekend and/or shouldn’t be on the schedule period, it occurs to me: For just about everything I panned myself for doing in regards to criticizing NASCAR, I did the exact same thing towards the tracks the sport runs on without any self-awareness.

I think part of it was because I (erroneously) believed NASCAR was preventing me from getting credentials, and not the tracks. So the irony of my actions never occurred to me. But that doesn’t fully address the aforementioned “bigger problem,” which is (I think) rooted in my biggest strength/flaw.

If you follow me on Twitter (which you probably do if you’re reading this), you know that I’m a cynical pessimist. I’ve even outright said it on Twitter.

As a bonafide cynical pessimist who probably is a bit too negative about this sport, I don't say this lightly when I say, minus Kentucky, these last six races have ranged from drunk fun to outright excellent. We're on a streak of great racing in #NASCAR right now.

As a cynic and journalist, I pride myself on being brutally honest, even if it paints me as a jerk and/or asshole. That’s not to say I don’t tell an occasional white lie (we all do), but when comes to motorsports, particularly NASCAR, I try to not to feed bullshit to you guys. And as I mentioned before, that’s led me to conveying my displeasure with some tracks on the NASCAR schedule in the wrong way.

In my original piece about giving criticism, I said that “I’ve struggled with conveying my opinion in a constructive way for a long time, and I’ll probably struggle with it more from this day forward (especially when it comes to Twitter).” That line has proven prescient.

I think (emphasis on THINK) that I understand it better now. Saying that *insert track* puts on terrible races and/or shouldn’t have as many race weekends, or any, isn’t constructive at all.

Compare these two sentences: Richmond Raceway puts on better races when one of its two events is a day race. Richmond doesn’t need two race weekends.

The former is criticism meant to help Richmond facilitate NASCAR’s effort to put on great races at “Strawberry Hill” (that’s an actual nickname of the track, according to Wikipedia). Track president Dennis Bickmeier might disagree with my hypothesis, but we all understand that our points of view come from a desire to help both NASCAR and Richmond.

The latter statement, while I don’t mean for it to, doesn’t come from a point of view that seeks to help NASCAR and Richmond.

The same goes for my comments on Dover International Speedway and Texas Motor Speedway, about whom I’ve said that the races at both tracks are too long and that neither needs two race weekends.

On the former, I call for shortening races at Dover and Texas, because I believe that the quality of racing at both venues would improve immensely. I know for a fact that Texas track president Eddie Gossage is adamantly against shortening the races there, but just like with the Richmond example, he and I say what we say out of a desire to help the sport and the track.

The latter statement about Texas and Dover not needing two race weekends doesn’t come from a desire to help either track. Although I say that, because I think the sport would be better adding some new race venues, rather than going to many of the same venues twice a year.

What I’m trying to say is that I better understand pointing out a flaw(s) in the hopes of making something better IS constructive criticism. Saying that *insert track* puts on terrible races and we shouldn’t race there anymore, or a certain column about the All-Star Race that I recently wrote, isn’t. That’s just a negative statement that, while I didn’t intend so, just makes the person saying it feel better about himself/herself.

Now I don’t think it’s wrong to point out if a race is boring; not all of them can be “race of the century” material. After all, how do we improve the sport if we can’t admit when something doesn’t work? But as I’ve (hopefully) demonstrated, there’s a (sometimes razor-thin) difference between constructive criticism and negativity.

Of course, like any human, I might occasionally slip up on this and fuck up again. For many people, like myself, sometimes you’ll make the same mistake over and over again before you realize what you’re doing is wrong. But now, I think that I understand the right and wrong way to give criticism and will work to do better.

To any track president and/or track PR person reading this, please tell me if I’m on the right track, no pun intended, with my piece here, be it in the comment section below, via tweeting at me or shooting a Twitter DM (which I keep open to everyone), email, etc. Because if I’m not in the ballpark with this, then I’m hopelessly lost.

I'm a NASCAR writer for SpeedwayMedia.com and student at the University of Tennessee. View all posts by Tucker White

One thought on “How I’ve gone about giving criticism: Volume II”

This is a text widget. The Text Widget allows you to add text or HTML to your sidebar. You can use a text widget to display text, links, images, HTML, or a combination of these. Edit them in the Widget section of the Customizer.
%d bloggers like this: